As a child, Collins Kathuli dreamt of becoming a news anchor and would use his mother’s phone to record videos of himself “presenting news.”

Little did he know that this was all a build-up to a future career in technology.

“I remember shooting videos using my mother’s phone and editing them on our home computer,” he recalls.

“In the process of learning to edit videos, I started researching how to upload them to a domain.”

This saw Kathuli build his first website in order to upload his video content, which further grew his interest in information technology (IT).

In high school, he was also keen on computer studies which nurtured his talent in computer programming.

The 21-year-old, who is currently studying software engineering at KCA University, is the founder and chief executive of Kyanda Africa, a fintech venture.

Kathuli is mostly self-taught and says that Google and YouTube came in handy while setting up the mobile application.

However, he started early and while in high school he already had his vision mapped out.

“I took part in school competitions and participated in science congress where I submitted tech projects. I did my first project while in form three, I held on to the project until I finished high school in November 2019,” he says.

The project was about an airtime vending platform and he developed it together with some friends in three months’ time.

When he started Kyanda in February 2020, the young CEO wanted to help people close to him, only to realise that it had the potential to grow.

Before clearing high school, Kathuli and his partners had saved part of their pocket money for two years, raising about Sh15,000 which they used as starting capital.

He marketed the app on his social media and at the end of its launch day, 50 users had downloaded it.

Kathuli made his first visit to South Africa in November 2021 through the Kenya South Africa Chamber of Commerce where he saw an opportunity to scale up.

“South Africa is a card-based country, it was more of an exhibition and they saw my payments solutions as something that can work perfectly there. We did our research and launched in South Africa in July this year.”

Kyanda’s customer base has since grown crossing the 5 million mark for the number of transactions.

Despite growing its market base, Kyanda like any other business has had its share of challenges, starting from marketing.

“When we began, marketing was very hard for us, and also finding the capital to keep the platform running. Regulations in the fintech space were also tough.”

With an increasing number of people going cashless, many payment systems are at risk of cyber-attacks, Kathuli notes they are adequately prepared.

Kathuli says that the company has been growing organically but is open to interested investors. Kenya’s payments ecosystem has grown over the years and has seen the entry of many fintech start-ups.

Multinationals such as payments giant Visa are also keen on this market share and a few months ago set up a regional innovation studio to map out the future of payments.

“For other young people, there are a lot of opportunities out there,” he says.

“I would advise that you start now while you are vibrant, find your passion and act on it as early as today. Networking is also important and has worked for me.”

According to Kathuli, assembling the right team is fundamental for any budding start-up. Kyanda’s team is made up of young people in their 20s whose enthusiasm and ideas have helped propel the start-up.

“This has helped Kyanda Africa be more competitive in the ever-growing fintech market. As part of the hiring criteria, we were target individuals with who we share a common vision and synergy,” he says. 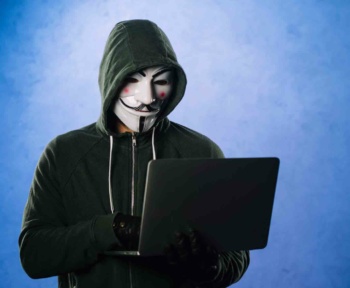 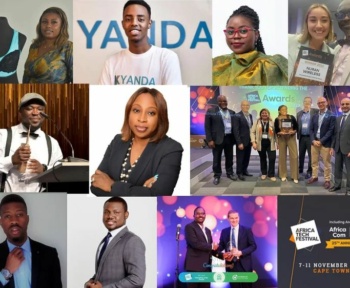 We Won the Fintech Innovation of the Year

How not to get Scammed ONLINE